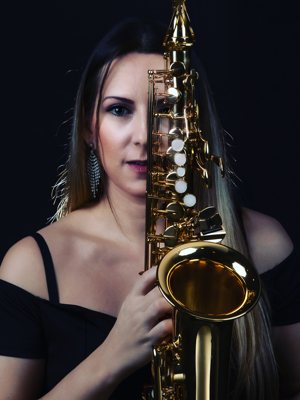 Charlene started playing the clarinet at 15 years old and soon gained the Principle Clarinet position at the Brighton & Hove wind orchestra and was awarded a grant for her musical education by the mayor.

In 2002 Charlene played Southern Aurora Drum Corps and were UK champions of DCUK.

In 2004 she won a position with The Cadets, a World Class competitive drum and bugle corps, based in Pennsylvania, USA, 10 times world champions. They came 4th in the world that year.

On returning to the UK, Charlene made a guest appearance with NYJO (London’s National Youth Jazz Orchestra) and returned to Southern Aurora Drum Corps as Maestro becoming DCUK A class champions of 2004 & performed at DCE – Drum Corps European Championships.

From then on, Charlene stopped playing to concentrate on her career.

Charlene emigrated to Greece and in 2015, decided to recontinue her musical tuition at the Conservatory of Colours under the instruction of Vangelis Papadakis, Spyros Mourikis (Principal Clarinet at Athens Symphony Orchestra) & Stathis Mavromattis (Principle Saxophonist of the Athens Wind Orchestra & President of the Greek Saxophone Association).

She is now the Clarinet & Saxophone professor at the Conservatory of Colours.

Charlene was awarded with 2nd prize the National Saxophone competition of Greece and Cyprus in 2021 and also awarded the Honoury Mention at the MEDICI international music competition 2021. 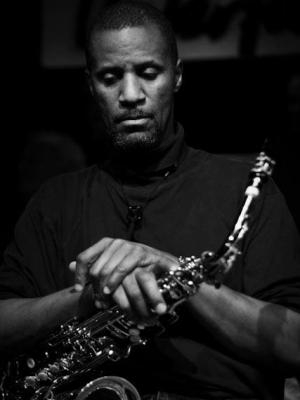 Evan Tate
“I’ve had avoided using synthetic reeds for many years. My biggest concern was the sound. The G-reed sounds great and the response in the altissimo range is incredible!”, Evan Tate.

Saxophonist, Composer, Author and Instructor Evan Tate has been a unique voice on the European jazz scene for nearly 30 years. He’s has appeared at several jazz festivals, recordings, radio broadcasts, and has taught on the jazz faculties of renowned universities. Evan Tate is an Endorser for Julius Keilwerth saxophones and presently an endorser for Cannonball Saxophones.

He is the author of several books including; “250 Jazz Patterns”, “Blues & Rhythm Changes in All Keys”, “Master the Basics: Saxophone”, “The Soprano Saxophone”, & “Coltrane Changes”. 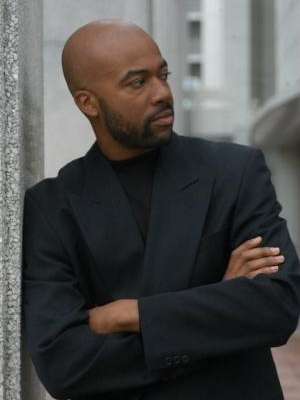 Dee Lucas
“My experience with G-Reeds have been a game changer! I am able to play my alto sax with so much ease and a free-flowing approach. What really impressed me the most with this reed is its durability!!!”, Dee Lucas.

An acclaimed wizard on the soprano sax, national recording artist Dee Lucas has been steadily growing his brand and base beginning with Remembrance in 2004, a tribute to the late legend George Howard. Adding consistency to his young but surprising start, Dee released his sophomore CD, Something to Ride 2, in 2007, which peaked at #10 on the Smoothjazz.com’s Top 50 Indie Charts. With this record, the saxman wanted to further develop his own distinctive sound as a solo artist. His style, from a horn perspective, is different from that of many traditional smooth jazz artists in terms of melodic phrasing.

In 2010, Dee Lucas released Standing Room Only which was composed and produced by several talented producers including Grammy winner Phil Davis. The CD peaked at #26 on the Smoothjazz.com’s Top 50 Indie Charts and #29 on the Billboard jazz charts. In 2012, Rebirth of the Smooth was released as a compilation of Dee’s first 3 solo recordings to celebrate what he has accomplished in his steadily rising career, as well as his direction in contemporary jazz. In 2014, The Smooth Factor, Lucas continued to season his contemporary jazz with R&B, and featured the work of such producing heavyweights as LA-based Lew Laing, Jr., and Atlanta-based and Grammy-Award winning Phil Davis.

The journey continues with ‘Going Deeper’ which peaked at #30 on the Billboard charts. 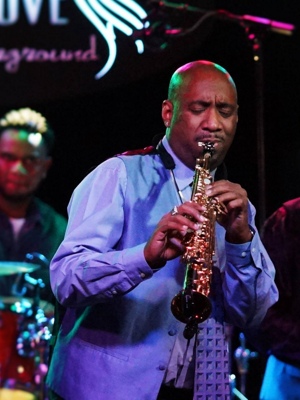 Tony Exum, Jr. attended the highly-acclaimed, prestigious Lamont School of Music, University of Denver, and believes that this is truly where his career began. In his developing years, Tony utilized his gifting by performing in stage plays, and as a side-man across the state of Colorado. He very quickly became a widely sought-after musician performing live more than 150 times a year.

In 2010, he released his first album, “Finally.” Tony marks this release as one that catapulted him into the National scene. He began performing nationally at jazz venues like Blues Alley, Washington DC, Sedona Jazz on the Rocks Festival, JW Marriot Jazz Festival, Phoenix AZ, Yoshi’s, San Francisco, CA, and many others. This lead to the coveted award voted by over 10,000 listeners, the 2011 International Breakout Star Award by the Los Angeles based coffeetalkjazzradio.com.

In 2012, Tony released his sophomore album, “The One.” He co-wrote 11 of the 14 tracks, and it was this release that further developed him as a musician and writer. After this release, Tony began sharing stages with the Maze featuring Frankie Beverly, Gail Johnson, Aysha, Troop, Nick Collionne, Gerald Albright, Dave Hollister, Norman Connors, Paul Taylor, Pamela Williams and Dave Koz. As a live performer, Exum’s smile and sense of humor effortlessly connects him with his audience. 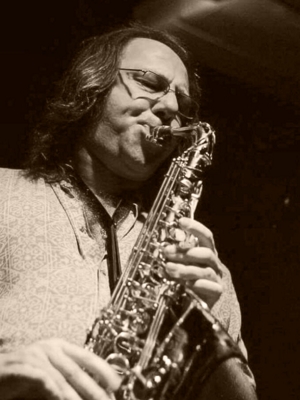 Oscar Kreimer
“When I played my first G-REED I felt I found the ideal reed because the tone and performance in all my saxophones. I recommend them for both professionals and students.” , Oscar Kreimer.

Oscar Kreimer was and still is the most demanded Argentinian saxophonist. He has played with the most relevant local and international artists. With all of them he shared concerts, recordings, TV shows and music halls; from Argentinian rock to tango and folk. 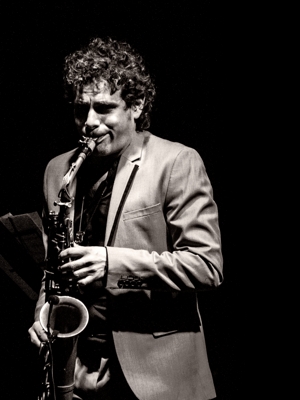 Bernardo Monk
“G-REEDS came to stay. Their even response assures a great tone in the whole saxophone register, no matter about the climate.”, Bernardo Monk.

In 2000, Bernardo graduated as Professional Musician in Escuela de Musica Contemporanea de Buenos Aires, also there he won a scholarship for continue to studying in Berklee College of Music de Boston, USA.

In May of 2004, Monk and the pianist Octavio Brunetti won the first prize in “Duet” category in the NYC International Tango Festival.

In 2008, after coming back to Argentina, Bernardo was invited by composer Osvaldo Golijov for recording the main theme of Tetro (Francis Ford Coppola). He also participated in the recording of Relatos Salvajes (Damian Szifron) soundtrack. 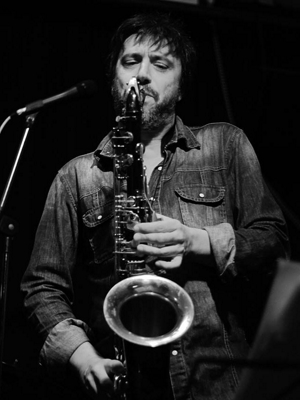 “These reeds give me the possibility of finding myself every day with the same response in both resistance and tone, due the material with which they are made, they are not subject to changes that natural cane reeds often suffer. However, they are very similar to natural cane reeds in terms of warmth and feeling. They also offer me greater volume and harmonics. I definitely recommend them!”, Gustavo Camara.

Gustavo Cámara is a renowned saxophonist of the jazz scene of Buenos Aires. Throughout his successful career he had the opportunity to be part of the big bands of Jorge Anders, Jorge Navarro and Juan Carlos Cirigliano. He also joined the Bs. As. Jazz Orchestra with which they performed at the Montreux Jazz Festival with George Benson as a special guest. He also participated in the quintet of Alexis Baro and the Javier Malosetti Quinteto with which they performed at the Garonne Festival in Toulouse, France. He also accompanied artists such as Celia Cruz, Armando Manzanero, Lucecita Benitez, Mercedes Sosa, Luis Salinas, Jeff Watkins and Adrián Iaies.

Currently, he also teaches saxophone in the Jazz career of the Popular Music School of Avellaneda. 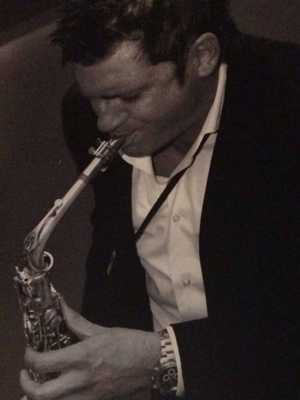 Tulio_Molina
“Synthetic reeds never were my cup of tea until G-REEDS came to scene; lasting, natural sound, evenness between registers and the amazing altissimo are their strongest points”, Tulio Molina.

Studied with saxophone stars like David Sanborn, Eric Marienthal and Bill Evans, has played as a side man with Luis Salinas, Camelia Ben Naceur, Pablo Milanés, Francisco Fatorusso, Polo Orti, José Reinoso, Antonio Serrano, Oscar Giunta, Horacio Fumero, Martín and Nicolás Ibarburun. He has recorded albums with Abraham Laboriel and Emiliano Giménez (Aurora, with Michael Landau, Dave Garfield and Jorge Casas). His sound is a reference for a lot of players. Actually, he plays in London, Buenos Aires and Montevideo.